Unfuck Your Emotions – Listen to the chattering monkeys so they stop making you CRAZY!

Unfuck Your Emotions – Listen to the chattering monkeys so they stop making you CRAZY! 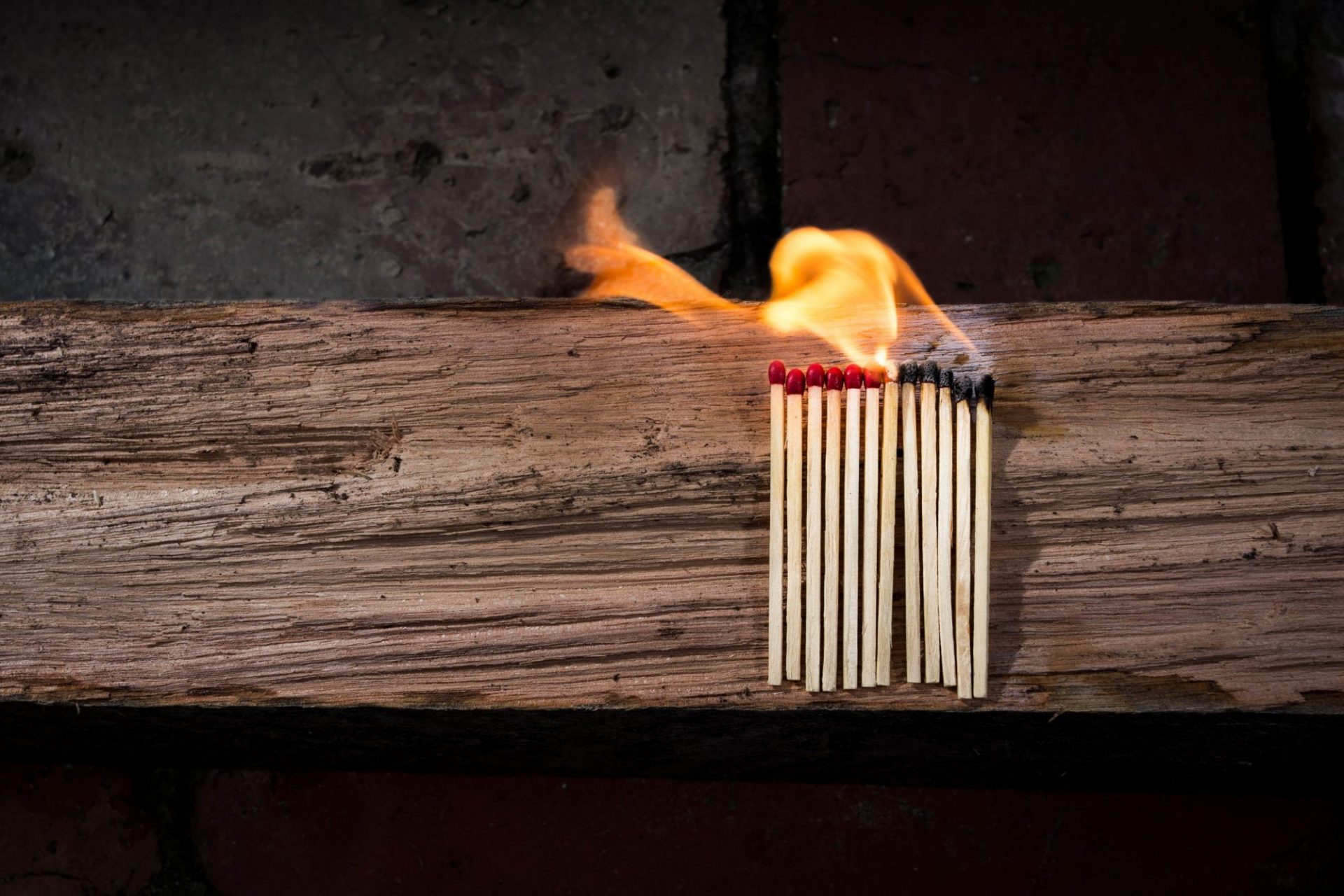 In high school, I was enrolled in a Leadership class as part of the Air Force JROTC program (One of the joys of a military upbringing on military bases is the option to attend military indoctrination classes at the DoD sponsored schools… woo!).

On the downside, I was completely brainwashed into thinking that the military life was the only life that had significant meaning and that becoming a civilian would mean that my life was essentially a waste of time and not worth living.

On the upside, there is a lot of psychological science behind keeping people motivated and focused on “the mission”, so I learned a lot about what makes people tick. And one of the big things that makes people tick is Emotions. And one thing we learned about emotion is that the base word, “emote” means to “move out”.

The word “Motivation” also comes from the same root word for movement, and it should come as no surprise that motivation and emotion are closely tied. Essentially, emotions are the fuel for motivation.
Not mental direction…
Not willpower…
Not even specific goals outlined on a targeted checklist with substeps and an annotated Gantt Chart with all the dependencies and requirements marked out with colored lines to indicate which steps are more urgent than others.

All of these items are part of the planning and executive stages of getting things done,
but when it comes down to actually being motivated, you need your emotions to be on board with the plan.
You need to be emotionally invested in what is going on.
You need to want the end result… for emotional reasons.  Really WANT it… for yourself.
Not because someone told you it’s good for you. Not because you “should.”  Not because it’s the “right thing to do, even though it hurts.”
These kinds of reasons can work for very short term goals, like attending a single class that bores the crap out of you, or sacrificing a single piece of your favorite sweet treat.
But willpower runs out.
Someone telling you to do something only works for as long as you want to impress that person, then you have to resort to willpower, which, as I mentioned, runs out after a while.
“Shoulds” can only keep you on the straight and narrow for as long as they feel good; otherwise you have to resort to willpower…which runs out.

For things that take longer, like steering your life to a more fulfilling expression of your REAL SELF, you really need to have all of you on board and moving in the same direction, and that takes emotional participation.

But I don’t WANT to listen to my emotions!  They always screw everything up!

Now if it were just me and my upbringing, then there would be no more to it.
It would mean I had a crappy upbringing and my parents were very confused about what it means to be Human and the world could just go on without my input on this.
My ranting would be that of a madman.

But that’s not the case.
I see this dichotomy EVERYWHERE in North American culture.
People are being brought up to not trust their feelings.
They are being raised with values that tell them to trust only their heads, that strip them of one of their most valuable assets: their ability to trust their guts…

Well here’s something that I learned and it took a while to sink in for me, and it will tie in with another article in this series*:
Logic is an excellent servant in the right contexts, but it makes a terrible master in all contexts.
Logic is a great safety blanket for those who do not trust the world, but it can quickly and easily turn into a straitjacket.

OK, Jack… what do we DO about this issue, then?

Let’s start with the most basic principle:

It doesn’t matter if it was a lie used to control you (emotional devaluation is a form of Gaslighting, and is a powerful tool in the Narcissist Abuser armory),
or if it was a Victorian or Neo-Classicist value that your parents or the Compulsory Education system foisted upon you because of flawed ideals.
It just doesn’t matter why; the information is incorrect.

Let that sink in for a minute.
If you have been devaluing your own feelings, then YOU have been devaluing a part of yourself.
If you have Self-Esteem problems and can’t figure out why you can’t seen to crack that nut,
then it’s time to take a hard look at yourself and realize that regardless of the original perpetrator of the misinformation in your life,
YOU have been the one propagating it in your own life going forward (and possibly other peoples’ lives as well).

And now it’s time to turn that around.

So, now that you have a better grasp of the fact that your emotions ARE a part of you, what good are they?

I have found it most helpful to think of emotions as messengers from a deeper part of our psyche than can be accessed by the “Thinkie” parts of our brain (specifically the pre-frontal cortex and associated forebrain structures) and they relate more to primitive parts of the brain that are nonetheless still valuable, such as the limbic system and hindbrain.  You know, the parts that had to evolve to keep us from being eaten by large predators before we developed the ability to make skyscrapers and guns and industrial manufacturing and other things that keep predators from eating us today.  Now these primitive parts of the brain don’t speak in words, and they don’t operate in a linear fashion, but are more like a massively parallel processing structure that takes LOTS of disparate input and munches through them at a lightning pace and delivers the results in a kind of holographic dataset that we call a “feeling” or a “hunch” or a “gut response”…or, if that dataset has a conclusion that says we have to MOVE, an emotion.

OK… so feelings and emotions are data results from calculations processed by a different part of the brain… what do I DO with them?

The important thing to understand is, if you ignore them, or worse, suppress them, the energy associated with them doesn’t go away.
Cognitive Behavioral Therapy has a saying that applies here: “That which you resist, persists.”
It’s kind of like having a telegram delivery person with an urgent message from a different part of your brain knocking at your door…
Telling them to go away isn’t going to work.  S/He isn’t going to get bored and leave; s/he’s going to keep ringing the bell until you answer the door.
And s/he isn’t going away until s/he has a chance to deliver the message, so you might as well open your door and at least listen to what s/he has to say.
Sometimes the message is simply, “This sucks!  I don’t like it!”  Remember that the primitive brain is pretty straightforward about things.  But denying that you dislike something doesn’t mean that you like it… it just means that your resentment toward it is going to grow stronger and stronger until one day, the dam breaks and all that resentment comes pouring out in an uncontrollable flood.

THAT’S what makes emotions look so messy…
Ignoring them and suppressing them until they build up so much pressure that they cannot be controlled and they spew out in a very jumbled and sometimes inconvenient fashion.

A wise woman once told me that emotions are like vegetables… best consumed when they are fresh, “because if you shove ’em to the back of the fridge and ignore them, they don’t go away; they do rot and get unhealthy and tend to poison everything around them, though. So eat your vegetables when they are fresh, and learn to tell the difference between the healthy ones and the ones that just need identifying and throwing away because they have become poisonous.”
Notice the mention of identification… don’t shove them back into the fridge to ferment some more… identify them!
Sometimes, just doing that is enough to process them. And if it isn’t, ask yourself why this vegetable is in your fridge in the first place.
Is it because you have a need for more fiber that isn’t being addressed?  You may not like the taste of that vegetable, but it’s nutritional value is still important.
The same thing goes with feelings.

Sadness and grief tell us that something we valued is gone from our lives, even if that thing is a valued idea or comforting belief.
Anger tells us that a boundary has been crossed by someone and we want that transgression to stop.
Fear tells us that we anticipate losing something that we value if we don’t take action.
Joy tells us that we are on the right track for being in line with expression of our True Self.
Sometimes we get feelings and emotions in a “Pure” form, and sometimes they are mixed and contradictory.
Either way, we must allow the information to be added into our deciding factors when we are choosing a course of action.
Keep in mind, just as with pure logic, allowing the feelings and emotions to run the show will not serve you well either!
But they have to be allowed to at least be recognized as input to the decision process.

So how do we “Unfuck our emotions”?

In this case, the answer is simple, but not easy.
We give them a place at the table.
We recognize that they have a valid place in our lives… not as rulers, but not as pariahs either.
We take them as the messengers that they are and allow the message that they are delivering to inform our course of action.
We express them when we need to, and acknowledge that, sometimes or often, we do need to express them.
We let them teach us about ourselves, our own preferences, and our own wants and needs.
We accept, take an active interest in, and love them as much as we can.

We validate them like they have never been validated before.

And that’s how you unfuck your emotions.