A crying shame that there’s so much Shame.

A crying shame that there’s so much Shame. 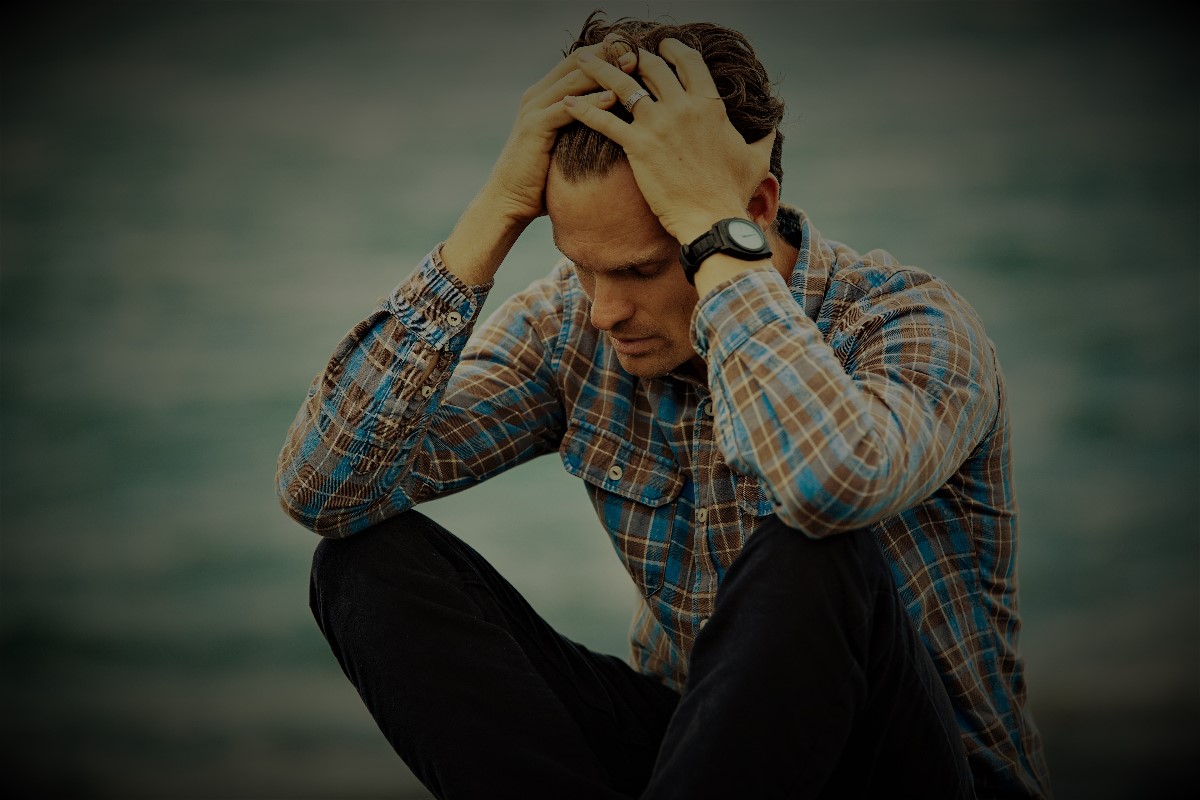 Dr. Brené Brown, a noted researcher in the positive psychology movement who specializes in vulnerability and shame, has a lot of interesting and research-supported ideas about her specialization.
She’s even done a couple of TED Talks here and here on the topic.  (These are really good talks, by the way and I think you should give them a spin.)

The upshot of some of her research leads to what, for me, is an interesting distinction between Guilt and Shame…

Guilt is considered an adaptive emotional response that prompts a change in behavior.
According to Dr Brown, guilt is the result when there is a cognitive dissonance between our personal Ideal Self image (and the type of behavior that Ideal Self would engage) and our current Presentation Self (and, most importantly, a behavior that Presentation Self has just engaged).  Guilt as an emotion motivates us to engage the behaviors necessary to correct for the dissonance.  To Apologize and to make amends by correcting the behavior and by correcting the results of the behavior.  When we feel guilty, we are motivated to “fix” the problem, both outside of ourselves (fix the broken window, apologize for hurt feelings, etc.) AND inside of ourselves (change our behavior such that we don’t engage in harmful activities). In essence, guilt moves us to say “I am sorry for what I’ve done, and I’ll do what I can to correct the problem.”

Shame, on the other hand, is not strictly about behavior.  It is about “beingness”… it is about who and what you believe that you are in your self-definition.  Shame is turned inward, toward the very definition of Self. It is directed at the Self’s worthiness of connection with other Human Beings, and at one’s validity of right to space in this world.
Shame is isolating.  It too prompts and motivates a reparative change in behavior, but the only change in behavior that can correct for one’s presence in the company of humans when one has no perceived right to connection is to withdraw from that company.

Shame is maladaptive because it induces isolation; it causes people to pull away from connection with other human beings… to pull away from something that human beings absolutely need to function well.  We are hardwired for it.  Even introverts need human contact, even though it tends to tire them out more than it does extroverts.  Human connection is fundamental to good mental health.  In isolation, we tend to go a little dinky-dau and start to lose touch with reality, having no outside checks and balances to our internal monkey-chatter.

People who have a clear detachment of behaviors from their Self-definition, meaning what they DO is not what defines them to themselves as people, have a healthy division between guilt (aimed at behaviors and “doing-ness”) and shame (aimed at Self and “being-ness”).
People who don’t have such a clear distinction in their Self-definition are going to have a hard time with shame because WHAT THEY DO is so tied in their minds to WHO THEY ARE.  This, in turn often leads to errors in behavior impacting harshly on things like Self Worth and one’s sense of shame. This distinction between the separation of action and self-definition, and the lack thereof, is tied closely to the distinction between the growth-mindset and the fixed-mindset.
How you ask?
Well, I think (and this is just my speculation based on observation at this point but I would love to see research on this if it’s out there) that it is tied into the apparent fact that the attributed locus of control over the outcome is either more in the hands of-  or less in the hands of-  the person in question, respectively.  In other words, people who see themselves as constantly changing and growing and not fixed as a certain set of attributes also do not tend to define themselves by their behaviors; whereas people who tend toward the fixed mindset also tend to define themselves by their behaviors.. i.e.”I did that, so I must be that”.

According to Dr. Brown, shame flourishes in the presence of 3 things; it grows exponentially when given these three “fertilizers”…. and sadly, shame motivates us to give it the three things it needs most to flourish… silence, secrecy, and judgement.
Shame is debilitating because it incurs a silencing of the individual in favor of making a minimal impact or imposition on others;
it incurs secrecy because we all have flaws and qualities that might erode our perfect presentation of an idealized self;
and it incurs a LOT of judgement… judgement against others who show their flaws no matter how carefully they try to hide them and most toxically, judgement against Self for not being able to live up to impossible standards…for having flaws that make one, in one’s own judgement, not fit for human company.

To weaken the shame response in general, we need to remember that what we do is not who we are.
We can, and inevitably will, engage in behaviors that are not in line with our ideal, and having done that does not define us.
The pain of cognitive dissonance is not pleasant, but there’s a reason for that…
We can, and should change our behaviors so that our outer presentation more closely matches what we hold as our inner ideal.
We can, and should remodel our habits and activation constructs so that we don’t do that thing again.
We can, and should make what reparations are possible without making things worse.
But there is no reason, nor is there any value, in feeling shame for having committed the behavior in the past.
There is no value in isolating ourselves from community.
Shame is a misapplication of an otherwise adaptive emotion…because it is directed at one’s existence instead of one’s behaviors.
SO to end the creation of the shame response as much as possible, first we can develop a clear distinction between identity and behavior.
This takes practice and self-awareness and mindful attention to when you apply an action taken to your Self Definition.
But it can be done and soon, as you see it happen, it becomes easier to decouple action with definition based on the action where appropriate.

According to Dr. Brown, the absolute antithesis of shame… the one thing that it cannot thrive in and in fact dissipates over time with is… wait for it….
Vulnerability.
Being flawed and accepting that we are ALL flawed… and acknowledging those flaws, openly, expressively and without judgement.
Accepting those flaws with compassion, first for self, and then for others as an outgrowth of compassion for self.
Accepting that since we are all flawed, and we are all still awesome and amazing and powerful and capable of change and self-actualization and fulfillment
Accepting that being flawed is not terrible, awful, repugnant or any of those shame inducing words.
Acknowledging that it’s OK to have flaws… AND to work on improving them… AND to not be satisfied that this flaw or that flaw exists but can be improved upon.

Undo Secrecy
We are all “freaks” under the skin, just many different kinds.  And at some point, we were told that our freakiness is something that should be hidden because it made other people uncomfortable or secretly shamed themselves.  Instead of being secretive about your inner freak, though, you should just let your freak flag FLY!  Let others know what you’re into and what you like.  As long as your flaws don’t actively harm others (emotionally, socially and physically violent psychopaths please see the gentleperson in the blue uniform at the back of the hall… nonviolent psychopaths, please read on) then there is no shame in being different.

Undo Silence
EXPRESS YOURSELF!  This one can be tough because so many people use shaming of others to push for silence when they don’t want opposition to their own expression.  If you express your own thoughts and feelings, though, it breaks down the blanket of silence that stifles discussion and creativity in our society.  It is especially important to talk about… you guessed it… our respective shames.  Part of being vulnerable is speaking up and exposing ourselves to criticism and dispute.  That’s OK… it’s the only way discussion happens.  So speak up! and if you made a mistake, learn from it.  Say that you’re sorry and adapt yourself to the change in understanding of reality.

Undo Judgement
This one’s the really hard one for me.  There is a line of thought that says that judgement (as opposed to discernment) is borne of shame in the first place.  That people tend to judge as good or bad, worthy or unworthy, based on the flaws they themselves have but cannot seem to correct for.  Much of judgement is often rooted at a deep level… sometimes even as deep as the level of values.  That something doesn’t live up to one’s valued ideals is often the trigger for judgement and when that something is oneself, one’s actual Self, then shame is the result and seeing that flaw expressed in the real world will often trigger blame and shaming from oneself in an attempt to relieve the pain of self-directed shame.  The unraveler for judgement is compassion.  When one approaches a shaming experience with compassion, first for oneself and then for others, there is no room for judgement.

LIVE YOUR LIFE WITHOUT SHAME.
Each and every one of us is Child of the Universe.
We ALL have a right to be here.
Expressing  our inner selves FREELY, OPENLY and WITHOUT JUDGEMENT, we pave the way for a less shameful, more compassionate world where each and every one of us has the right to exist in the company of humanity and seek to embrace the highest reflections of our Authentic Selves in the company of a bunch of other Authentic Selves,
which is the entire reason we are here in the first place.

Thanks for reading and, once again, this is a dialogue not a diatribe;
I am interested to hear back from you on this.
What are your thoughts about shame?
How about Vulnerability?
What else can we do together to make the world more open, expressive and compassionate?